How to Call Deer

If you’re looking to call deer during rutting season, it helps to understand how they behave and what calls are most effective for each stage of the rut. Here are a few key tips and deer call sounds to help you have a great hunt.

THE BEST HUNTING POSITION TO CALL A DEER

The first thing to consider before you call a deer, is your setup.

Ensure you put a barrier between you and the deer so they can’t circle behind and get downwind. Positioning yourself on a riverbank, a bluff or thicket can help to prevent the deer from circling downwind and smelling you before venturing closer into your shooting range.

You can use a bleat can to emulate the sound of a doe. Adult deer and young deer make this noise to communicate with one another. The bleat can produces a drawn-out sound, similar to a cows moo.

As the rut season begins, deer are curious but not always responsive. A bleat can is a good call to use to let them know you’re around. Be sure to use it sparingly however.

During the rut you want to attract the doe and then the buck. It is important to let them hunt you, so situate yourself in a tree or somewhere elevated and continue calling, drawing them closer to you. Remember, you can’t hunt a buck where he is, you need to hunt where he is going to be.

Start with a few bleat can sounds, wait a few seconds, then do it once more before making the sound of another buck defending a doe, with a grunt call. 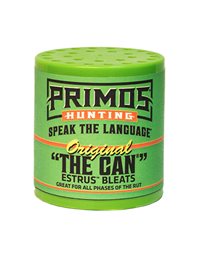 Using a grunt call is a great way attract the attention of mature bucks. You should look to only grunt periodically, every 15 minutes to 20 minutes.

‘Blind calling’ can work but it is best to make the calls subtle and sparingly because you don’t know how close a deer might be to you. Grunt calls usually work best when a buck has been spotted.

If a buck is too far away and didn’t hear your grunt call, you can use your Rut Roar Grunt Call to wheeze at it. This sound travels much further than a grunt. Once you have the attention of the buck, wait a few moments before grunting or using the bleat can again to attract him closer. Most of the time, after stopping and looking, a buck will continue on his way, so continue to grunt a little louder- you might even want to try using rattling horns. 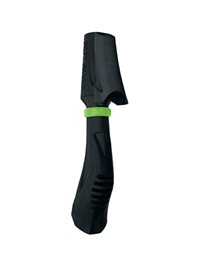 If you need to, using Fightin' Horns or Big Bucks Bag is a great way to replicate the sound of two deer that have just locked horns. Deer are most aggressive when they’re in the rut and challenging each other. Rattling horns together will recreate this sound and may attract a buck to you. Use these sounds sparingly as during a deer fight, horns will only clash every so often.When the post rut begins, you’ll want to tone your calling down and look to set up close to bedding areas that lead to food sources. A weary buck won’t walk 100 yards out of his way to investigate your calls.

Calling a deer is all about timing, so be patient. Adding any of these sounds, or in combination, during any time of the year can assist with a great hunt. 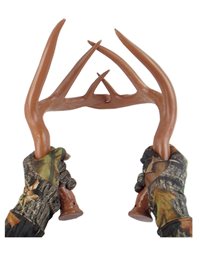 Primos Hunting, stream the language. Calling deer is all about timing this time of year, it’s all about when you do it, how often you do it. As a season begins, sometimes the deer aren’t very responsive but they are curious so I like to use a bleat can just every once in a while just letting deer you might not have even seen, know that there’s a deer over there and then a light grunt call every once in a while. Not too aggressive, not too fast, that’s gonna be what you call tending grunt, we’ll get into that in just a minute. As the pre-rut comes, every buck knows what the Can call sound is for a doe in estrus, and they know every buck is paying attention. I have seen them come on a line many times, we’ve got so much footage of great hunts that were all brought about because of the bleat cans. So when it’s the pre-rut, try the can. I usaully [bleat call sound], deer stops, he’s listening. If you can see them, and you can time it when the head goes behind the tree; that’s really effective because they’ve got to get past that tree to look at where the source is. Another thing, I try to climb a tree that’s got some type of obstruction around it: a tree top, a cane brake, a creek down below, anything like that that makes the deer hunt you. Remember, you can’t hunt a buck where he is, you got to hunt where he’s gonna be, so once again, wait a few minutes, a few seconds -- okay, and again, and then make that sound of another buck tending a doe. That sound along with the can, the estrus call, oh my gosh, I’m telling you a buck will come so fast sometimes you can’t get your bow off your bow holder quick enough. Then the snort wheeze carries that further, let’s say you got a buck 200 yards away; he’s walking along and what you’re gonna do [grunt sound] try to get him to hear the grunt. He doesn’t hear anything, wheeze at him. That sound travels further and as soon as he hears that wheeze call he’s gonna stop and turn that head. When he does, wait till he kinda figures something out, I mean looking straight at you, [grunt call sound], let him know where the sound is coming from. Hopefully you climbed a tree with some kind of obstruction below you so that deer has to get close enough to the deer that’s calling. He’s got to hunt you, and then if you want to throw in some Fightin' Horns or a Big Bucks Bag [rattling horn noise] two deer have just locked up that are making a little bit of sound. They’re more aggressive during the rut and they really are challenging each other. They’re less aggressive early, during the early part of the pre-rut a lot of times smaller bucks will just put their horns together and just rattle and remember, imagine a fight. A fight isn’t constant rattling, a fight is quiet for a minute, they’re pushing, shoving, making sound in the leaves, breaking branches, and then the horns come out and back at it again. So just remember adding any of these DEER CALLS during any time of the year can turn it around for you, but it’s most effective during the pre-rut. 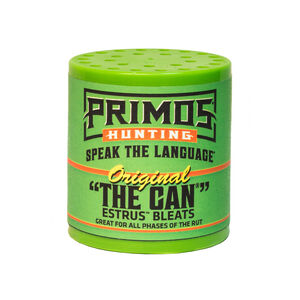 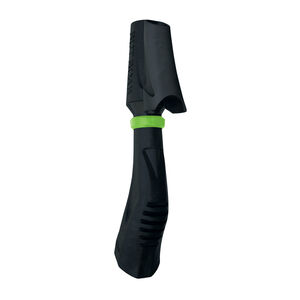 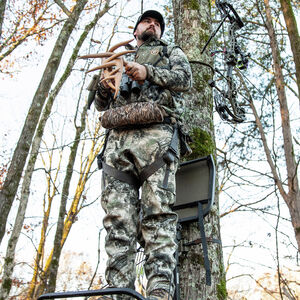